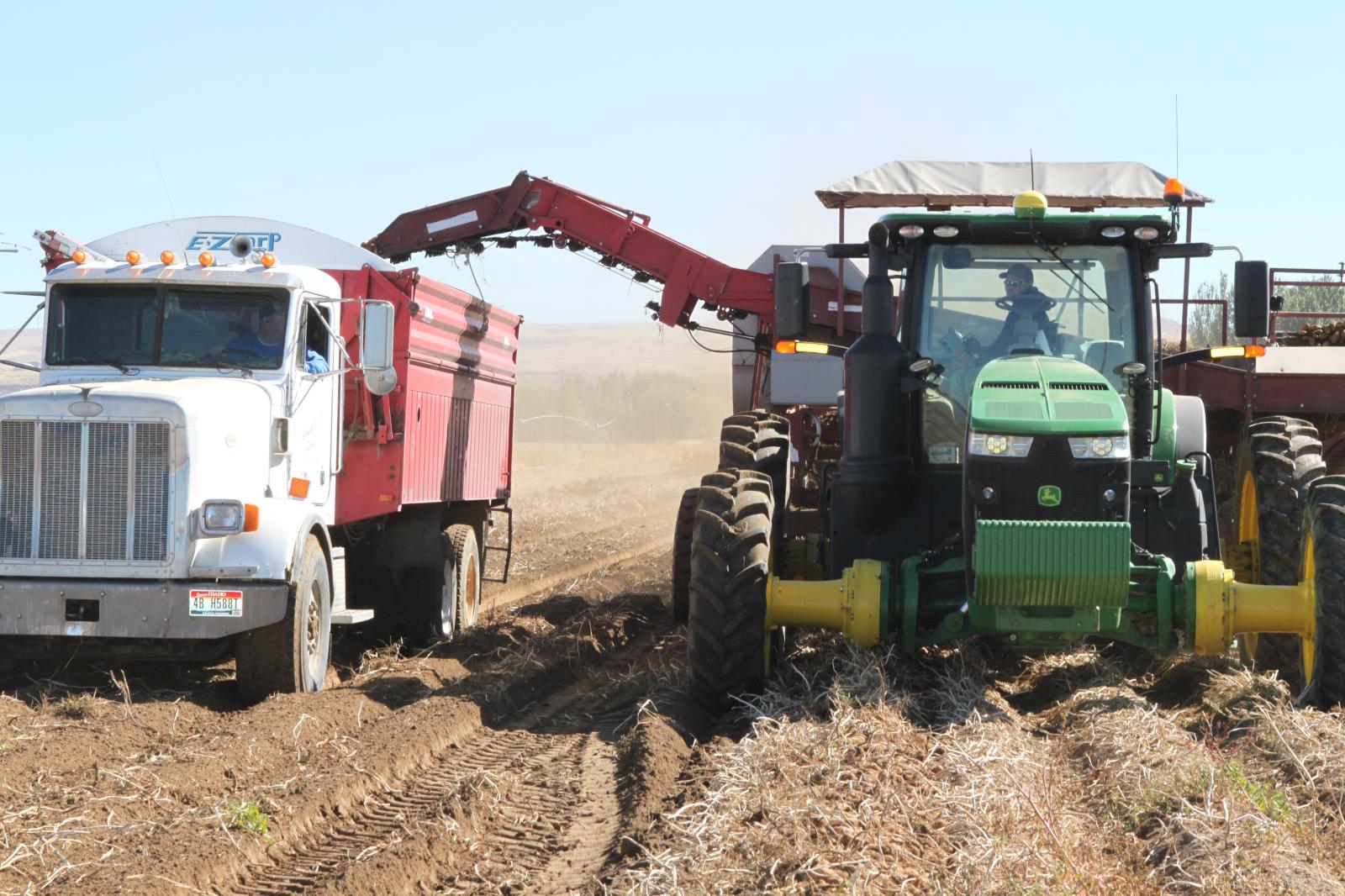 POCATELLO – After declining in 2015 and 2016, the total value of agricultural production in Idaho has increased for three straight years.

According to USDA’s National Agricultural Statistics Service, the total value of Idaho’s ag production in 2019 was $8.25 billion, a 6 percent increase compared with 2018’s $7.75 billion total.

Milk remained the state’s top farm commodity last year in terms of total value of production, at $2.86 billion, a 20 percent increase compared with 2018. That was the second highest value of milk production ever in the state, behind only the $3.2 billion total recorded in 2014.

Part of the reason for the significant rise in the value of milk production in Idaho last year was an increase in total volume, while the other reason was a marked increase in the milk prices that Idaho dairy operations received last year.

Total milk production in Idaho has risen between 3-4 percent each of the past couple of years, said Idaho Dairymen’s Association Executive Director Rick Naerebout.

With higher prices and increased volume, “It makes sense that the 2019 value of production total would be a good jump from the previous year,” Naerebout said.

Looking to this year, milk prices started out strong in 2020 but tanked as a result of the COVID-19 outbreak. But they have since rebounded and it appears that Idaho’s dairy industry, after suffering through several years of depressed prices, will do well this year, he said.

Sixty-five percent of the milk that Idaho dairies produce goes into cheese production and “cheese is one of the products that has really done well during the rebound from COVID,” Naerebout said. “It looks like we’re going to have a very financially healthy industry going into 2021.”

Milk value represented 35 percent of the state’s total agricultural value of production in 2019, up from 31 percent in 2018.

The total value of potato production in Idaho last year hit a record level at $1.04 billion, up 2 percent compared with 2018.

Looking at how the state’s iconic potato industry might fare in 2020, the shutdowns in the foodservice industry related to the COVID outbreak had a major impact on potato prices early on but the foodservice sector has turned around quicker than anticipated and spud prices have increased in recent months.

Idaho Potato Commission CEO Frank Muir said it’s possible the Idaho potato industry could see another billion-dollar production year, depending on how the rest of 2020 shakes out.

“We’ve seen a rebound on foodservice quicker than anybody anticipated,” he said, adding that there is strong demand from potato processors. “All of that points to strong prices this year. I think we have the potential to see another billion-dollar year in 2020.”

The total value of Idaho’s cattle and calves sector was $1.41 billion in 2019, down slightly from the previous year.

Following milk, cattle was the state’s No. 2 agricultural commodity in 2019 in terms of total value of production and potatoes ranked third and remained the top crop in the state.

The total value of hay production in Idaho last year was $799 million, up 3 percent compared with 2018. Wheat ranked as the state’s No. 5 ag commodity last year with a total production value of $497 million, down 8 percent from 2018.

The NASS value of production report differs slightly from farm cash receipts rankings because the value of production rankings include those parts of a crop that are used on the farm and not sold. For example, a lot of hay is used on the farm and does not show up in the rankings for farm cash receipts, which is the money producers receive for their product.

That’s why wheat ranks ahead of hay in the Idaho farm cash receipts rankings.

The state’s top five farm commodities – milk, cattle, potatoes, hay and wheat – had a combined production value of $6.61 billion in 2019, which represented 80 percent of the state’s total value of ag production.

In 2018, those same five commodities represented 79 percent of the state’s total value of ag production.

The total value of corn produced for grain in Idaho has soared in recent years, from $83 million in 2016 to $137 million last year.

The total value of hop production in Idaho has also soared in recent years and that crop ranked No. 9 with $89 million worth of production value in 2019, a 4 percent increase over 2018.

Since 2015, the value of hop production in Idaho has increased from $31 million to $89 million as hop acres in the state have risen rapidly.

Onions moved into the top 10 last year, bumping out dry beans. The total value of onion production in Idaho last year was $66 million, a 35 percent increase over 2018.

Peppermint, dry edible peas and oats all increased in value of production by double-digit percentages last year. The peppermint value was $38 million, up 12 percent from 2018.

Other ag commodities outside the top 10 that decreased in value last year were trout, down 7 percent to $37 million, lentils, down 33 percent to $7.3 million, and honey, down 16 percent to $4.9 million.

SASKATCHEWAN VOTES 2020: CHANGE AND CONTINUITY IN THE COVID ELECTION