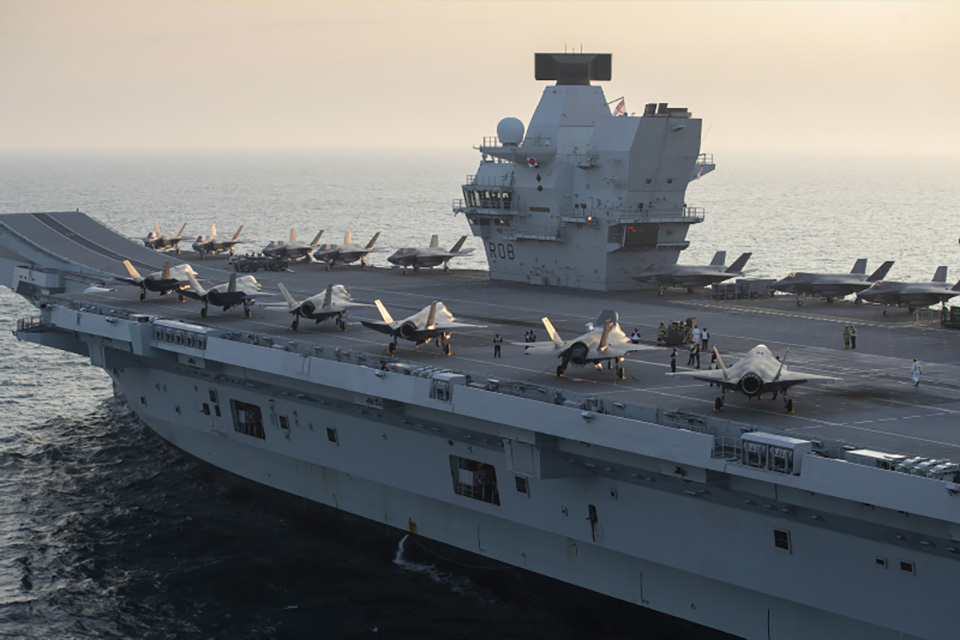 Taking part will be the Royal Navy’s largest and most powerful warship HMS Queen Elizabeth, taking her place at the heart of a UK-led NATO Carrier Strike Group.

With her will be F-35B stealth jets from the UK and US, training together in UK skies for the first time.

Exercise Joint Warrior, taking place for 11 days off the coast of north west Scotland from next Monday, will feature 11 nations combining an overall contribution of over 6,000 personnel, 81 aircraft, 28 ships and two submarines.

Allies and adversaries alike will not fail to take note of the powerful new contribution the UK’s Carrier Strike Group offers NATO when it participates in Exercise Joint Warrior next week.

With US and UK F-35B jets exercising together over our shoes for the first as part of a group featuring 6,000 personnel from 11 nations, this UK-led exercise underlines the leading role we play in upholding European security through NATO.

In order to protect all armed forces personnel and the public, a wide range of mitigations measures have been introduced to reduce the risks posed by the Covid-19 virus.

Exercise Joint Warrior is a UK-led multinational military exercise held twice a year in the spring and autumn that features all three single services of the UK Armed Forces – the Royal Navy, Army and Royal Air Force conducting combined joint operations. It offers a crucial function in training NATO forces for high-readiness deployments on operations, representing a significant pillar of the UK’s leading role in the Alliance.

US REGULATORS DEEPEN INVESTIGATION INTO CONGESTION AT KEY PORTS

TOKYO GAS TEAMS UP TO BID FOR OFFSHORE WIND PROJECTS