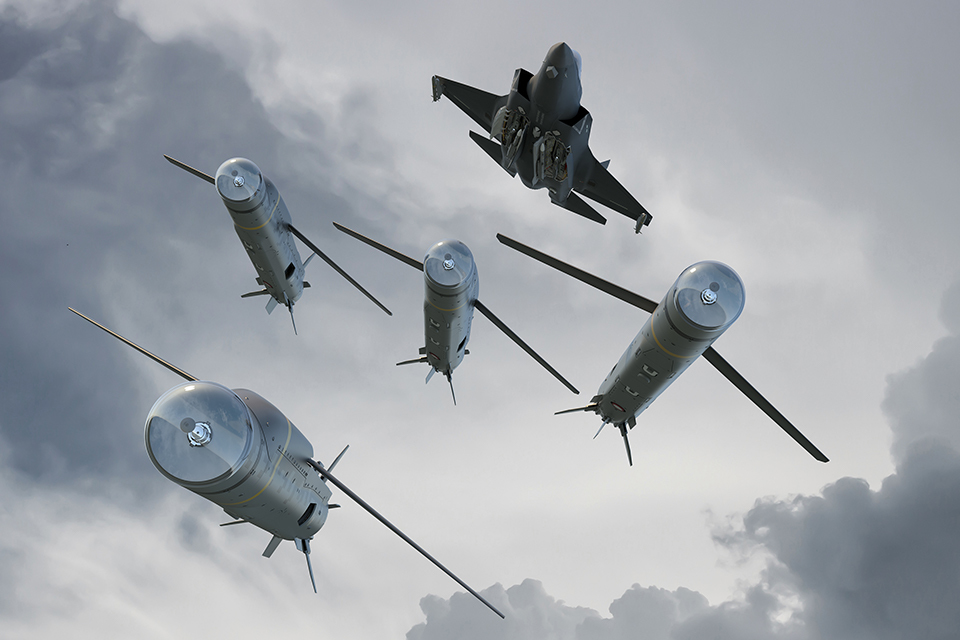 In a recent announcement the Defence Minister, Jeremy Quin, revealed the signing of a £550 million contract with MBDA for the new weapon for the F-35 aircraft:

The development of this next-generation missile will allow us to protect our personnel and assets on the ground, from thousands of metres in the sky above.

Dstl scientists have played a major and influential role in all stages of development of the weapon for the Armed Forces over many years. The scientists have completed comprehensive analysis to establish the robust evidence required to justify the capability need and to specifically inform the setting of the key user requirements (KURs) for Air Command.

In the early days of the project, Dstl piloted a new way of interacting with Industry based on a close, jointing working approach. The SPEAR Green Box was very successful as it effectively fast-tracked the development of weapons concepts to meet the SPEAR Capability 3 requirement.

During the assessment phase, Dstl built an excellent relationship with the joint Defence Equipment & Support (DE&S) and MBDA management team to ensure our operational analysis and scientific know-how could continue to support the programme.

Throughout the weapon development phase and working closely with many experts across Dstl, the Strike Weapons team have provided highly valuable technical advice to support DE&S and MBDA, including the assurance that the missile provides adequate lethality whilst minimising collateral damage.

Recently the team have assured the technical content of the 7-year £550 million contract, for the demonstration and manufacture phase, and are now working with MOD stakeholders to plan the acceptance and release to service activities, such as operational evaluation trials.

This is an excellent example of Dstl playing a pivotal role in defence, from early research all the way through the acquisition cycle to deliver a high-impact, battle-winning military capability for our armed forces.

SPEECH: WORKING TOWARDS A JUST GLOBAL TRANSITION TO CLEAN ENERGY