Home » EU-JAPAN ROUNDTABLE | KYOTO PROTOCOL, PARIS AGREEMENT AND BEYOND: THE EU AND JAPAN TOWARDS CARBON NEUTRALITY IN 2050

EU-JAPAN ROUNDTABLE | KYOTO PROTOCOL, PARIS AGREEMENT AND BEYOND: THE EU AND JAPAN TOWARDS CARBON NEUTRALITY IN 2050 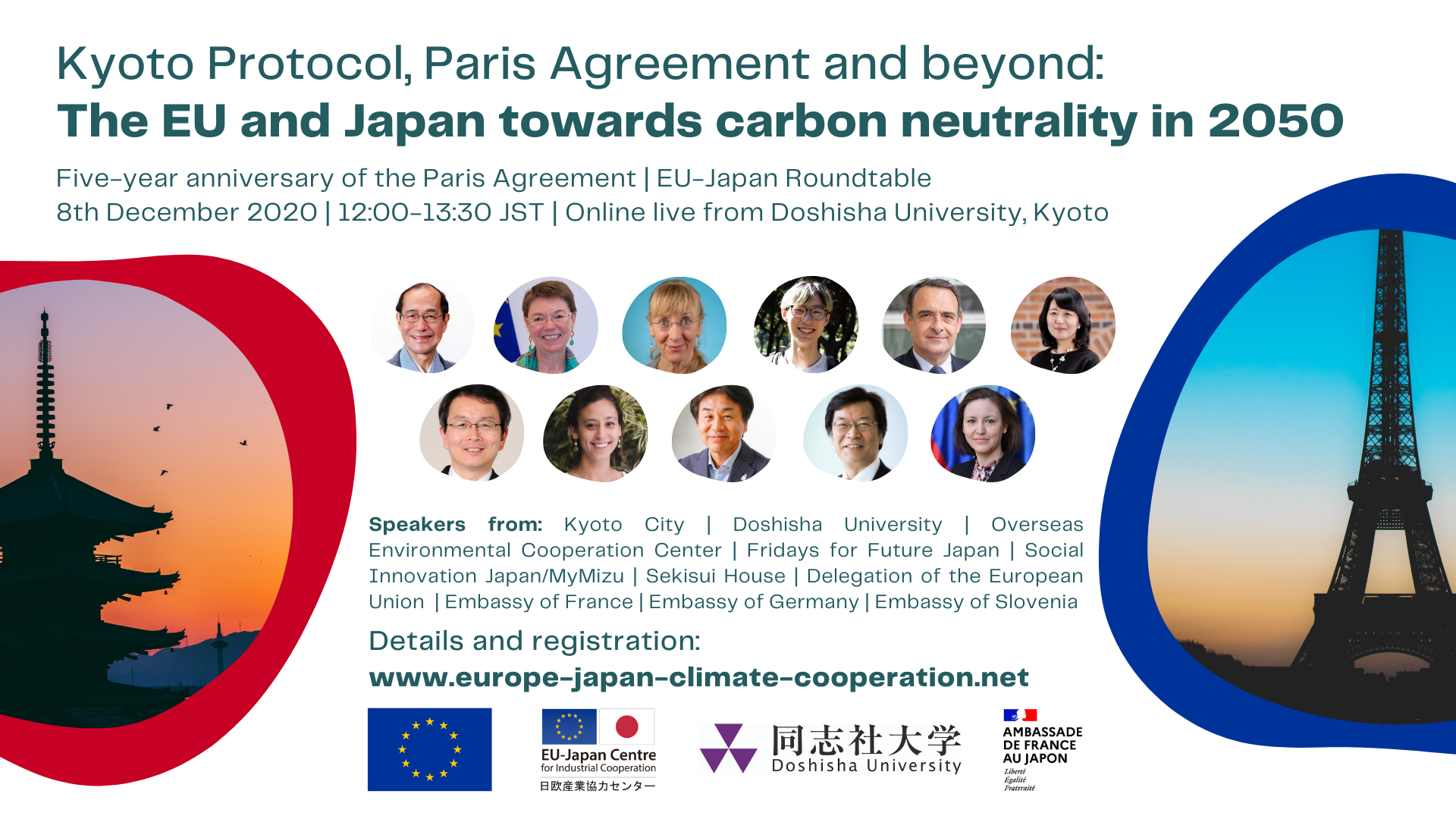 In December this year, the Paris Agreement will be five years old. December 2015 – December 2020: five years during which governments, businesses, cities and citizens worldwide accelerated their efforts to address the global challenge of climate change.

These first 5 years of existence of the Paris Agreement were only the beginning: a lot remains to be done to keep the planet under 1.5°C by the end of the century. The EU and Japan now both aim at an ambitious but necessary intermediary goal: reaching carbon neutrality by 2050.

During this conference livestreamed from Doshisha University in Kyoto, in the birth city of the Kyoto Protocol, speakers from Europe and Japan will illustrate what the Paris Agreement has changed for them and their organizations. They will also explore together the path towards net zero emission in 2050, through the examples of public policies, business initiatives, youth engagement, science and international cooperation.