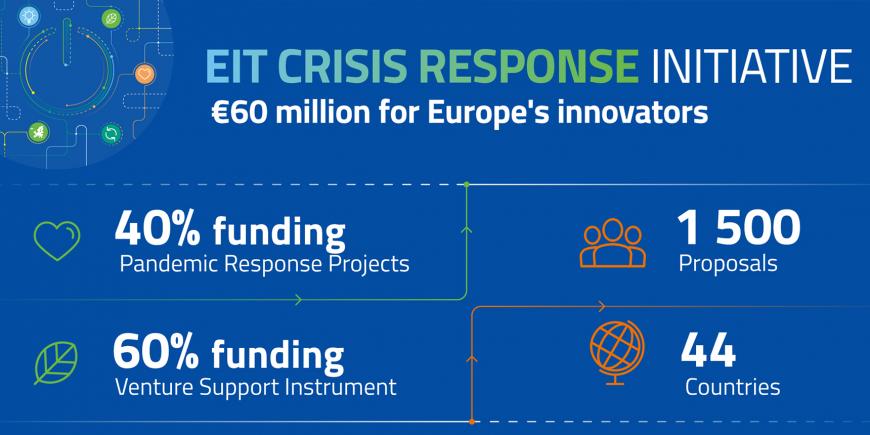 The funds have now been unlocked by the EIT Governing Board to ensure critical support swiftly reaches entrepreneurs. This will allow high-impact start-ups, scale-ups and SMEs to benefit from additional funding under the ‘Venture Support Instrument’; and will enable the launch of new innovation projects tackling COVID-19 related challenges as part of the ‘Pandemic Response Projects’. By deploying a rapid response mechanism, all EIT Crisis Response activities will be completed by the end of 2020 to help Europe recover. 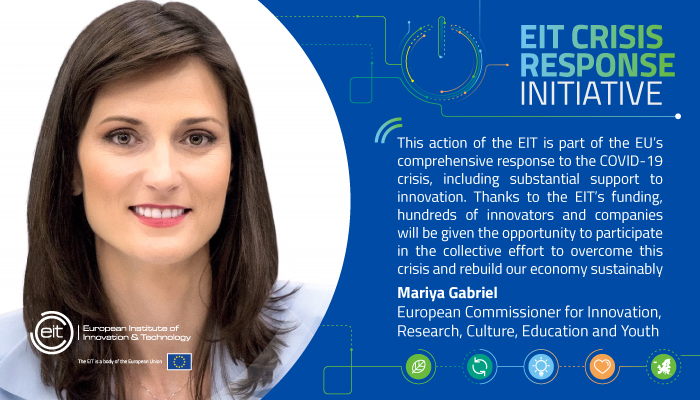 Under the EIT Crisis Response Initiative, each EIT Knowledge and Innovation Community launched Calls for Proposals for ventures and for innovation projects. Close to 1 500 proposals were received from 44 countries (including all 27 EU Member States as well as Israel, Northern Macedonia, Norway, United Kingdom, Serbia, Switzerland and Turkey).

The quality and relevance of the EIT’s eight Knowledge and Innovation Communities’ Calls for Proposals under the EIT Crisis Response Initiative were evaluated. Based on this, the EIT Governing Board decided to allocate the following grants:

Following the EIT Governing Board decision, each EIT Knowledge and Innovation Community will now finalise its selection processes based on the available budget. It is foreseen that 60% of the EIT Crisis Response funds will be awarded to highly innovative start-ups, scale-ups and SMEs as part of the ‘Venture Support Instrument’, and 40% to innovation projects under the ‘Pandemic Response Projects’. More details on the selected ventures and innovation projects to be financed will be announced in the coming weeks.