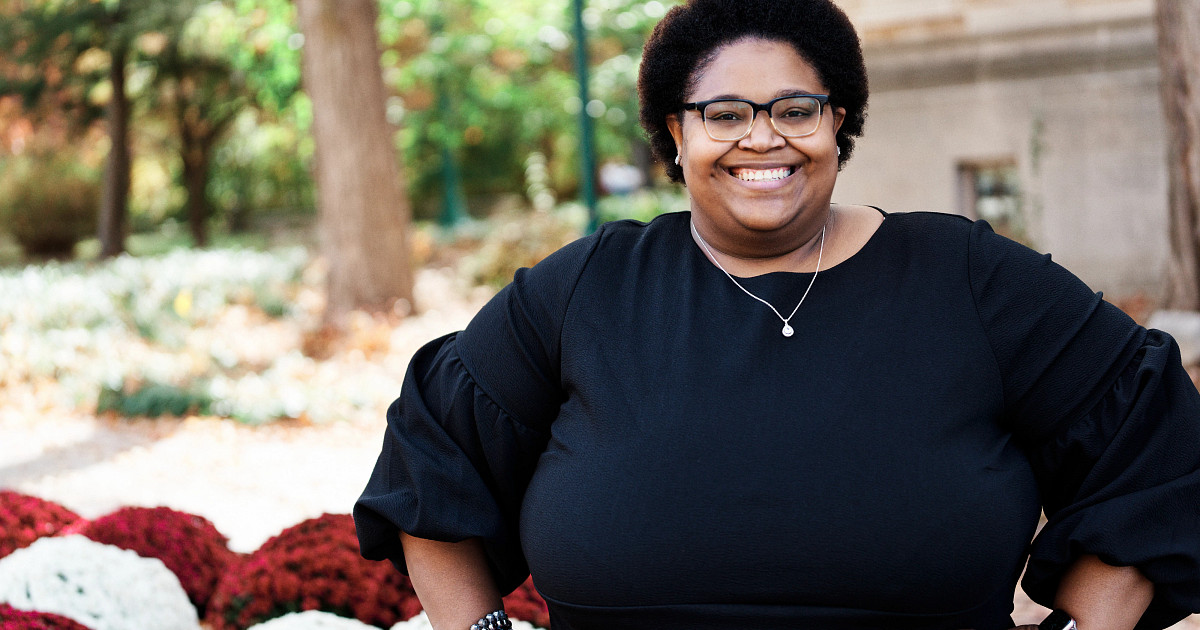 The upcoming general election on Nov. 3 is a source of deep emotions and differing political opinions, primarily because of the presidential race between President Donald Trump and Democratic Party nominee Joe Biden.

Those emotions, opinions and differences can be a source of questions, concerns and anxiety for students.

Monica Johnson, Indiana University assistant vice president for diversity education and cross-cultural engagement, recently shared with Inside IU how faculty can support students during this election.

Question: What concerns are faculty likely to hear about from students?

Answer: Four years ago, the class of 2021 participated in their first presidential election. On the night of the 2016 election, all of Indiana University’s culture centers joined forces to host an election watch party. Hundreds of students crowded into the Neal-Marshall Grand Hall to watch the returns. There was food, laughter and excitement. The room was filled with an extremely diverse group, perched to watch history in the making.

As the results began to turn toward the candidate who would be victorious, the mood in the room became solemn. People began gathering their things, and the space emptied. Many of the students who gathered in the Neal-Marshall Grand Hall that night voted for a candidate who would not be successful in winning the electoral vote. Many of them believed their vote was the only logical vote.

Nationally, college students took to social media to express their disbelief, disappointment and fear for the impending transfer of power. They expressed fear of what this presidency would mean for the people they loved, for the communities they came from and the causes they believed in. They feared that the divisive rhetoric of the campaign and the racially volatile nature of the campaign rallies would spill into the streets. They worried that they would not fit into a warped ideology of an America that was perceived to be great because of the legal disenfranchisement of those perceived as others. They knew that they were the “others.”

Leading up to the 2020 election, faculty are likely to hear students express concern that the racial tension within the community will worsen. Students who would identify as supporters of the current president may express a fear in sharing their support because they do not want to be labeled racist or bigoted. Minoritized students will likely express a fear for their safety if the current president is re-elected or loses the election.

Some students may express a fear of participating in the voting process because of a fear that their minoritized identities will be targeted or threatened by the individuals the current president has encouraged to go and “watch” the polls. Students may also express concern that they will once more be “betrayed” by their communities (home, identity groups, religious, campuses, student/Greek organizations) that claim to support them but will actively vote against their interest/beliefs/values.

Q: What might students experience as election results roll in?

A: This is dependent on the election outcome and the political alignment of the student. The student reaction spectrum will span from elated to indifferent to distraught.

Q: How can faculty respond to students’ concerns?

A: Following the 2016 election, the default response from many faculty, staff and administrators was to downplay the importance or potential severity of the election of Donald Trump and the volatility of the country’s cultural climate. Some even went as far as suggesting that nothing would change or that people with minoritized identities were preemptively overreacting. As explained above, for many, these fears have been validated.

Faculty, staff and administrators who choose to engage with conversations about this election cycle and the overall political nature of the country should enter these conversations with the intent of listening fully to the concerns that students express without seeking to devalue, dispute or distract them from their actual experiences.

For students who have entered these conversations seeking advice on how best to express their ideas or concerns in ways that are civil and respecting of the identities and lived experiences of others, it is beyond appropriate to share techniques on civil discourse and strategies on being more self-reflective.

For students who come to express legitimized fear for their safety as a person of a minoritized identity, it is not appropriate to lecture these individuals on how to engage in civil discourse. They are not preparing for frivolous debates. They foresee a time when their literal right to breathe may be in question. These are not moments for toxic positivity, but legitimate spaces for strategy.

Ultimately, we should be encouraging all students to see the U.S. political arena as something that exists beyond the presidential election. We should be pushing students to find ways to advocate for themselves and their causes beyond the office of president. Help them find their interest and place in local, regional and state government. Help them understand the full picture of how change happens, not just the politically standard methods or the Martin Luther King Jr. leadership model. Remind them that as students, they have the power to change their minds, their directions and their world.

Q: What resources can faculty share with students to help alleviate anxiety?

A: I do not know that there is a legitimate way to alleviate the anxiety about the political election or current state of our country. It is important for us to state deliberately that our institution will support them throughout this political process and in the days following. The Indiana University system is preparing to protect the safety of our students and community as they participate in this electoral process. If one should encounter a threat to their safety, we encourage them to contact the Indiana University Police Department.

Q: What should faculty do if their political views are at odds with their students’ views?

A: In this instance, I encourage faculty, staff and administrators to point those students toward members of the community who could best serve/support them. If the faculty, staff and administrators in this category would like to work toward better understanding these students and their needs, here are some additional resources compiled by the Bloomington Faculty Council Student Affairs Committee. (Please note these resources in not intended to be inherently biased, but as you will see many of these spawn from the 2016 election results and therefore impart a certain political tenor.)

483 ITEMS FROM THE COLLECTIONS OF PERSONAL PAPERS OF POLITICAL FIGURES (ISHIGURO TADANORI PAPERS, ETC.) WERE ADDED TO THE NATIONAL DIET LIBRARY DIGITAL COLLECTIONS.

LEARN A NEW LANGUAGE FROM A UH HILO INTERNATIONAL STUDENT